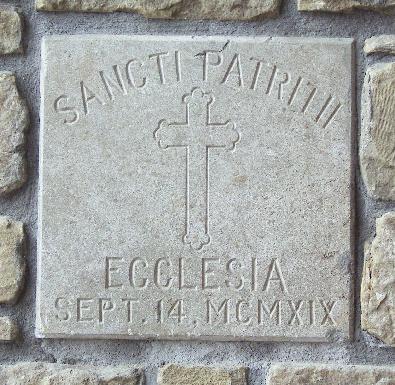 In 1919 Mr. Page donated four lots at Fourth and Washington, and Father Heiring employed Daniel Eichenfeld to design the church. The young architect was a member of the firm that had designed Holy Family in Tulsa five years earlier. The cornerstone was laid in September 1919, the parish itself was formally established on April 30, 1920, and a pastor was appointed. 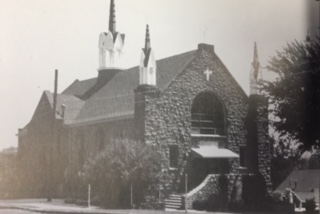 Built with native stone, the church features Roman-style architecture and cost $22,000 to complete. 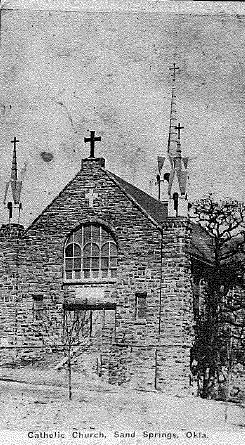 In 1925, St. Patrick's Parochial School opened its doors to 60 children. Originally, the students were taught in the church's basement by the Sisters of Mercy, but the school eventually grew to fill an entire building of its own. The school eventually closed 50 years after its founding in 1975. 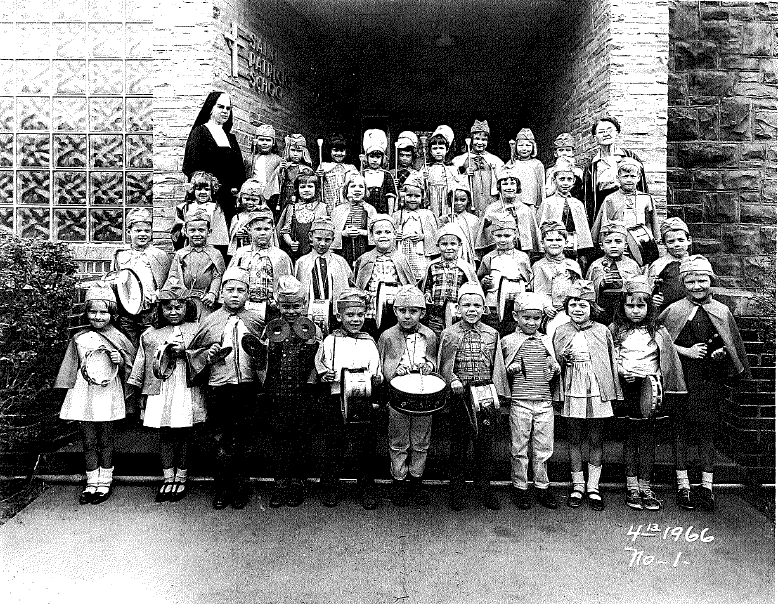 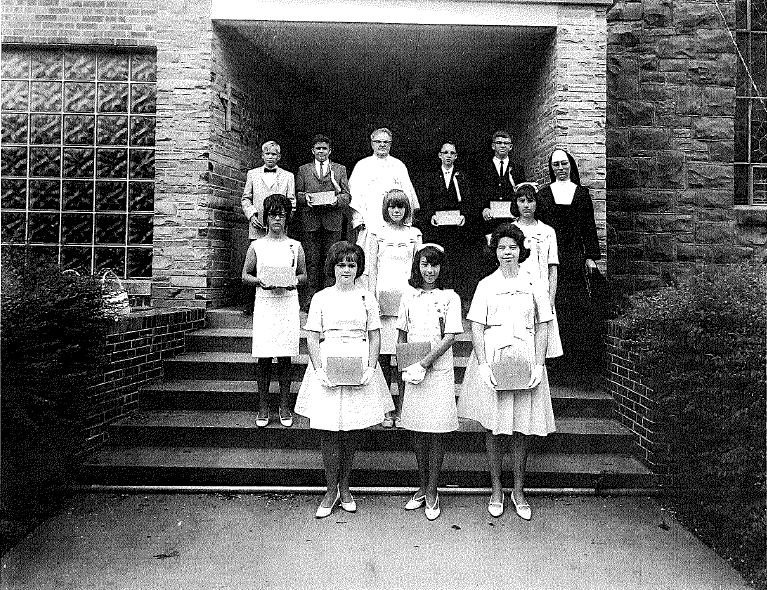